The number of men diagnosed with erectile dysfunction has skyrocketed ever since the little blue pill made it okay to talk about. Fortunately, the number of treatment options has increased, too. So, which ones are worth a shot, and which are just hype?

In the 14 years or so since Viagra was introduced in 1998, the number of men diagnosed with erectile dysfunction (ED) has increased by a whopping 250 percent. Men are realizing more and more that they’re not alone and that they have options. Aside from pills like Viagra, Levitra, and Cialis, for example, there are surgical, therapeutic, even do-it-yourself treatments that can bring back that lovin’ feeling. “Some older ED treatments are actually being used more than ever, especially for men who can’t take the pill,” says Michael Feloney, MD, a urologist at the Nebraska Medical Center in Omaha. Read on to find out about nine common remedies for ED, plus the truth about which ones live up to the hype and which fall flat. 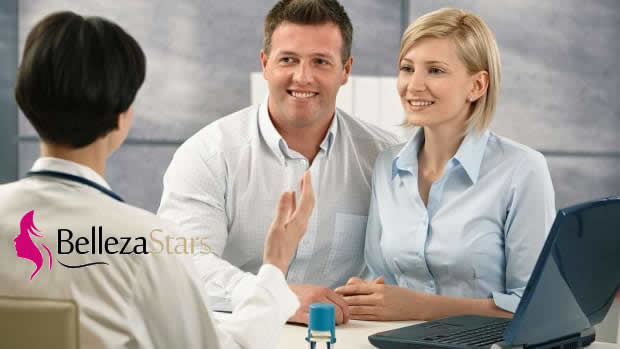 For many of the 30 million Americans affected by erectile dysfunction, Viagra, Levitra, and Cialis are the first line of ED treatment — and they’re successful for about 80 percent of men. These drugs, called phosphodiesterase-5 inhibitors, are approved by the U.S. Food and Drug Administration (FDA) and work by increasing blood flow to an erection. Common side effects include nasal congestion and headache. Note: If you take nitroglycerin pills for heart disease, you won’t be able to take ED pills, as they can cause a dangerous drop in blood pressure.

Alprostadil is an FDA-approved erectile dysfunction drug that can be injected directly into the penis to trigger an automatic erection. “Penile injection is the most effective type of ED treatment for men who can’t take oral treatment,” says Nelson Bennett, MD, a urologist at the Lahey Clinic in Burlington, Mass. In fact, it has an 85 percent success rate. Possible side effects include a burning sensation and priapism, an erection that lasts more than four hours and requires medical treatment.

“For men who are unwilling or unable to self-inject alprostadil, the FDA has approved this dissolvable pellet that can be inserted directly into the urethra, the opening of the penis,” says Dr. Feloney. MUSE, with an inspiring name that actually stands for medicated urethral system for erection, will trigger an erection in about 10 minutes that may last as long as an hour. Using MUSE to treat ED can result in somewhat unpleasant side effects, however — including an aching sensation, burning, redness, and minor bleeding.

Can’t or don’t want to take ED drugs? The vacuum pump method is the next most common choice among men with erectile dysfunction who pass on pills, says Dr. Bennett. To create an erection, you place a plastic cylinder over the penis and pump the air out of the cylinder to force blood to flow into the penis. An elastic ring that you slide onto the base of your penis holds the erection. This ED treatment device is effective for about 75 percent of men. Side effects include numbness, bruising, and weak ejaculation — and the ring must be removed after 30 minutes.

If you have a neurological disorder or spinal cord injury and other erectile dysfunction treatments aren’t effective, two types of surgical implants could offer solutions to your ED. “An implantable pump can be used to manually create an erection by pumping fluid into cylinders placed inside the penis,” explains Feloney. “The other option is a malleable prosthesis that works like a gooseneck lamp to direct the penis into position for intercourse.” Risks for these ED treatments include infection and mechanical breakdown.

“Medications that create blood flow to the penis can’t help when an erection is blocked by the fear or anxiety of the fight-or-flight response,” says Feloney. “This type of erectile dysfunction probably has a lot to do with evolution — men didn’t need an erection when a dinosaur was chasing them.” The best way to treat erectile dysfunction caused by performance anxiety, depression, a poor relationship, or stress may be with a combination of ED drug treatment and sex therapy, individual therapy, or couples therapy from sexual health professionals.

Commercials for drugs to improve “low T,” or testosterone, the male hormone, are now vying for airtime, but they address desire, not performance. “Male hormone is not an approved treatment for erectile dysfunction,” notes Bennett. “It may be used to increase desire in men who have low testosterone, but it doesn’t improve blood flow to an erection.” A doctor can do a blood test to check you for low testosterone, but it is a rare cause of ED. Hormone therapy with injections, patches, or gels applied to the skin may improve mood and sex drive, but it likely won’t fix any mechanical issues. Also, testosterone drugs should not be used by men with prostate cancer. Side effects include acne, breast enlargement, prostate enlargement, and fluid retention.

The idea of using low-energy shock waves to treat erectile dysfunction comes from studies that show that these types of shocks help heart blood vessels regrow, a process called revascularization. Shock wave therapy may also work on the penis, and there have been some promising results, but it’s not currently an approved ED treatment. “It’s similar to the type of shock waves used to break up kidney stones, and it may cause revascularization,” says Bennett. “However, there are not yet any good controlled studies to recommend it to patients.”

The Future of ED Treatment

The next new treatments for erectile dysfunction will probably be improvements in some ED drugs already being used. “A dissolvable form of Levitra that you put under your tongue is coming that may work more quickly than the pills we have now,” says Feloney. A new form of alprostadil may make it possible for you to rub it directly on the penis instead of inserting or injecting it. And newer phosphodiesterase inhibitors that last even longer and cause fewer side effects are being developed. Stay tuned!

What is shockwave therapy equipment ?